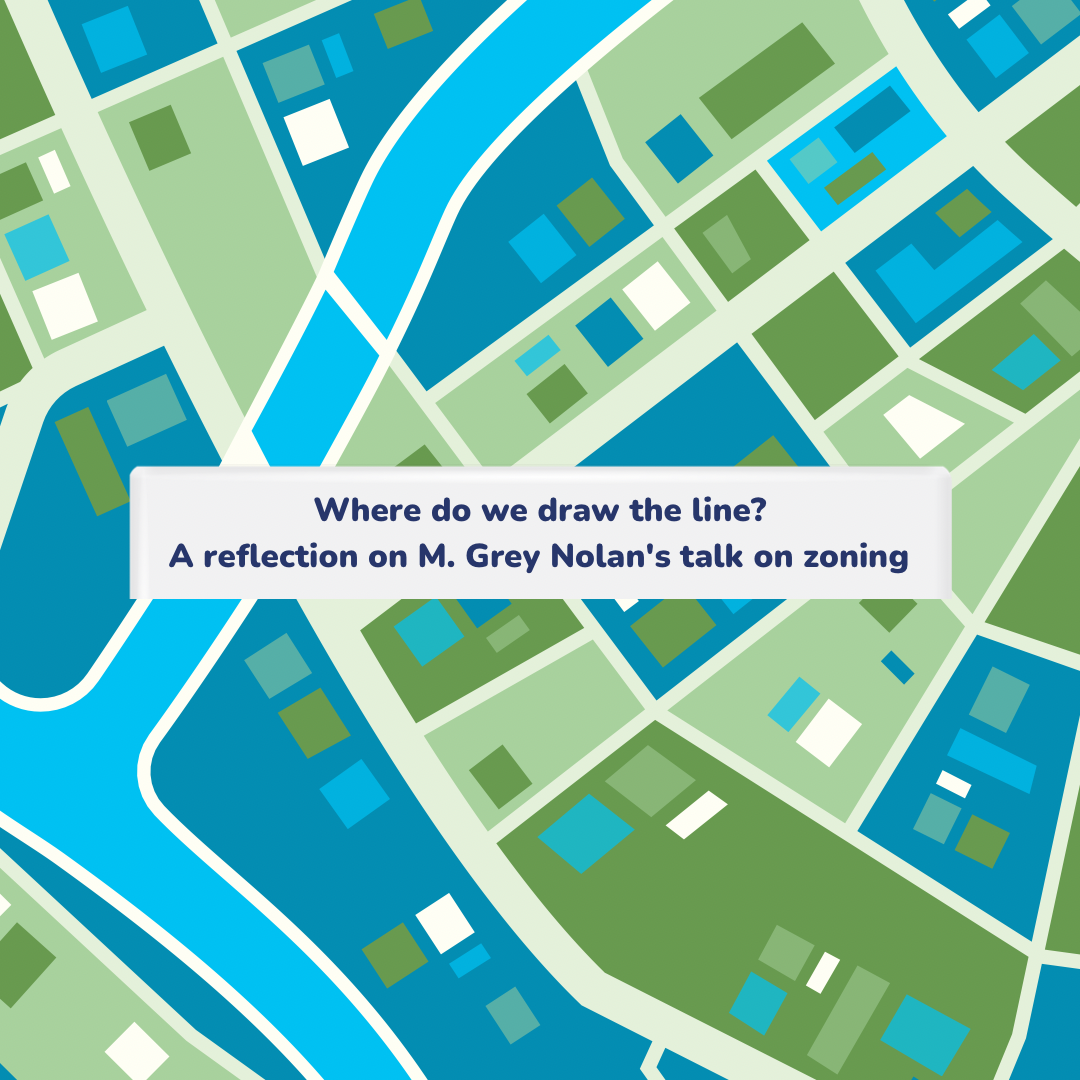 A reflection on M. Nolan Gray’s talk on zoning

On Monday, some of our lab members (including myself) were able to attend a talk on the role of zoning in creating communities. The speaker, a PhD student at UCLA Lewis Center for Regional Policy Studies, M. Nolan Gray visited Madison to present his newest book Arbitrary Lines: How Zoning Broke the American City and How to Fix It. Right off the bat, the word Arbitrary stood out. As a bit of context, zoning refers to the ways in which municipalities divide neighborhoods and areas into different sections, assigning certain boundaries and criteria for building and land use.

At first, I can see the justification for using arbitrary– areas divided into seemingly random sections. No natural characteristics are necessarily creating organic boundaries, as would, for example, a mountain range or a river. In this way, I can understand his word choice. But in reality, these areas are not random. Individuals are consciously making these distinctions between areas, which is why arbitrary feels a bit misused. Zoning is very much intentional. And as Gray alluded to in his talk, zoning has been used for political and social purposes, often not for the betterment of all community members.

Historically, zoning has been used to segregate and exclude racial and ethnic minorities, creating arbitrary lines to keep neighborhoods socially separated. While not as obviously discriminatory today, zoning continues to be weaponized and used by policymakers to create inequities. In the environmental justice sphere, zoning has been used to place low-income, predominantly BIPOC communities, in areas where pollutants and few natural greenspaces are available. Similarly, areas zoned for single-family housing prevent apartments and affordable housing from being developed in desirable neighborhoods with existing infrastructure and resources.

While I have yet to read Gray’s book, from what I gathered during his talk, he is an advocate for no zoning altogether. Already some success in no zoning policy has been seen in Houston, Texas. As a large city, Houston has managed to support a growing population without the need for zoning ordinances. A great case for Houston only serving as a model for other cities to adopt is laid about by M. Nolan Gray in a 9-minute read, A bold case against zoning, but a more in-depth look can be found in his book, Arbitrary Lines: How Zoning Broke the American City and How to Fix It.

Before attending the talk, I was able to learn more about Gray and his work by listening to the UCLA Lewis Center for Regional Policy Studies Podcast UCLA Housing Voice. Gray was a guest speaker discussing Minimum Lot Size Reform. And while zoning might not seem like the sexiest of topics, it is really worth a listen. As evident by how neighborhoods are divided up and resources are allocated, zoning is a powerful tool when left unaccountable by community members and it can do serious harm.